Our supporters and Trustees include a number of internationally renowned Neurosurgeons such as Professor , and Roger Strachan as well as sporting celebrities , Gascoigne and Steve Harper and Healthcare Professional Chirs Piercy (RGN).

The charity exists to support those affected directly and indirectly by Brain Haemorrhage, to actively promote activities which prevent Brain Haemorrhage, promote research into the causes, treatment and effects of Brain Haemorrhage and disseminate for the purpose of education and public benefit any information obtained in pursuit of our aims.

A brain haemorrhage occurs where the wall of a blood vessel becomes weak and ruptures, leading to a bleed into the brain.  The most common and well-known type of brain haemorrhage is inter-cerebral bleeds, which are a leading cause of strokes, and mainly affect older people.  A second type of brain haemorrhage is a sub-arachnoid bleed, which occurs at the base and back of the brain, and for which causes remain unknown.  These sub-arachnoid brain haemorrhages can affect people of any age, but tend to affect younger people than the inter-cerebral bleeds, and it is to these that the charity is primarily interested in responding, as it is these for which other service providers and researchers have been less involved.

·          There are around 1,125 brain haemorrhages each year admitted to hospitals in the North East of England 1 in a population of around 2.5 million people 2.

·          Of these, between 200 and 400 people will suffer a sub-arachnoid brain haemorrhage 3.  The lower figure excludes the number of people who die before they reach hospital and those who are admitted to a tertiary hospital to be stabilised and subsequently die there.  This agrees with national statistical estimates, which put the incidence of suffering from a sub-arachnoid brain haemorrhage at 8 to 16 people per 100,000 population 4.

Effects of Brain Haemorrhages on those affected:

·          Between 55% and 58% of people admitted to hospital with a brain haemorrhage will die, of which 25-28% die within 48 hours of admission and the remaining 30% die later of further complications.  This means that every year, over 618 people are dying in the North East alone of this condition.

·          38% (around 427 per year in the North East) are left severely disabled, resulting in a wide range of effects including being in a vegetative coma, becoming quadriplegic, becoming paraplegic, experiencing stroke-like symptoms, developing speech disabilities, and experiencing short or long-term memory problems.

For those that survive the initial brain haemorrhage, the range of potential problems which they can experience is vast, affecting different people in very different combinations of ways 8 :

·          Cognitive and emotional disturbances can include difficulty understanding the spoken word, anxiety at being left alone, inability to be left alone due to memory difficulties and safety issues, inability to read, inability to handle/understand money, symptoms of depression, difficulties with planning and organising oneself, anxiety/panic symptoms, overwhelmed by fatigue and unable to resume activities, an inability to venture outside even though physically able, and problems with concentration and attention.

Those that are severely disabled by brain haemorrhages are left in need of much care and support in order to aid their recovery and reintegrate into mainstream society.  The following findings, from a related study of people who survived a brain haemorrhage and their carers in West Sussex, illustrates the range of issues faced, and corresponds closely with the experiences of people in the North East as they have been related to the Foundation:

·          The problems faced were summarised by the fact that “substantial problems occurred after discharge because of a hiatus in care and support by community-based services”, reinforcing the evidence of experiences in this area of patients, families and carers that there is a critical lack of continuity and support in the care currently provided.

·          Brain haemorrhages also have significant economic effects, with one study finding that employment costs for 137 patients were £590,000, with 11% of patients losing their jobs as a direct consequence of a sub-arachnoid haemorrhage, 54% off work for 6 or more months, and 22% for more than a year.  Assuming these findings could be replicated in this area for both types of haemorrhage, brain haemorrhages can be shown to result in a net cost of £4,844,890 to the North East economy, 124 lost jobs, 607 people off work for 6 or more months, and 247 people off work for more than a year.

These effects are not just limited to those people suffering from the brain haemorrhage themselves – the condition also has a significant detrimental effect on their families and friends, who frequently end up becoming carers 4 :

Ø      50% of carers felt unsupported, with 40% describing dysfunctional stress and 40% reporting that they found it easier to deal with the initial crisis than coping when the patient returned home.

Ø      This also has economic costs, with “fifty-one per cent reporting that their work was negatively affected”, a third reporting financial difficulties, 86% of carers in employment losing “2 or more weeks from work because of inadequate support to patients” and as many as 15% of carers losing 17 weeks or more.

Ø      The net effect of this was conservative employment costs to carers of £182,000 for the 137 people studied 4 .  Assuming these findings could be replicated in this area for both types of haemorrhage, this would result in a net cost of £1,494,526 to the North East economy.

Ø      Yet these people are recognised as being vital to the patient’s recovery 4.

Ø      Patients expressed considerable dissatisfaction with the lack of available authoritative advice and support, and existing information booklets in use (from the British Brain and Spine Foundation), whilst informative, were not considered to meet patients’ needs.

Ø      There was strong criticism of the Benefits Agency from carers, as well as dissatisfaction with the community services, who lacked the specialist knowledge to advise them.

Ø      Basic communication problems were highlighted as the source of the problem in the hiatus in the service provided, with respondents indicating that information materials were no substitute for case-specific help.

Ø      There were significant differences between satisfaction for existing services between those patients and carers who felt their GP knew sufficient about the condition to deal with their care (40% patients, 38% carers) and those who did not.  With “the average GP expecting to see perhaps 6 or 8 such patients during his or her medical careers”, Pritchard et al 4 found that the management of relatively uncommon conditions is inherently difficult for GP-led community services, and the logical solution is to have available personnel with specialist knowledge and experience to advise.

Ø      However, the main themes from both groups concerned post-discharge issues, an apparent lack of support across a range of agencies and a sense of isolation.

Ø      The patient-led and carer-supported priority proposal to respond to these needs was a specialist community liaison nurse role who would be able to explain their specific case and be a link between hospital and home, attracting support from 93% of patients who did not feel their GP knew sufficient to deal with their care, and even from 73% of patients who had confidence in their GP’s knowledge.

There is evidence that the quality of psychosocial support can significantly improve the quality of life of carers and patients 4,6,7.  With support, those disabled by this condition can recover and re-integrate into their local community, but this support at present is too often absent, and it is this need that the Clarke Lister Brain Haemorrhage Foundation aims to address through the Support section of this Business Plan.  In addition, the raising of awareness, provision of specialist information, and particularly commissioning of new research into the condition will endeavour to enable more people in the long term to survive this potentially fatal condition and recover successfully afterwards. References 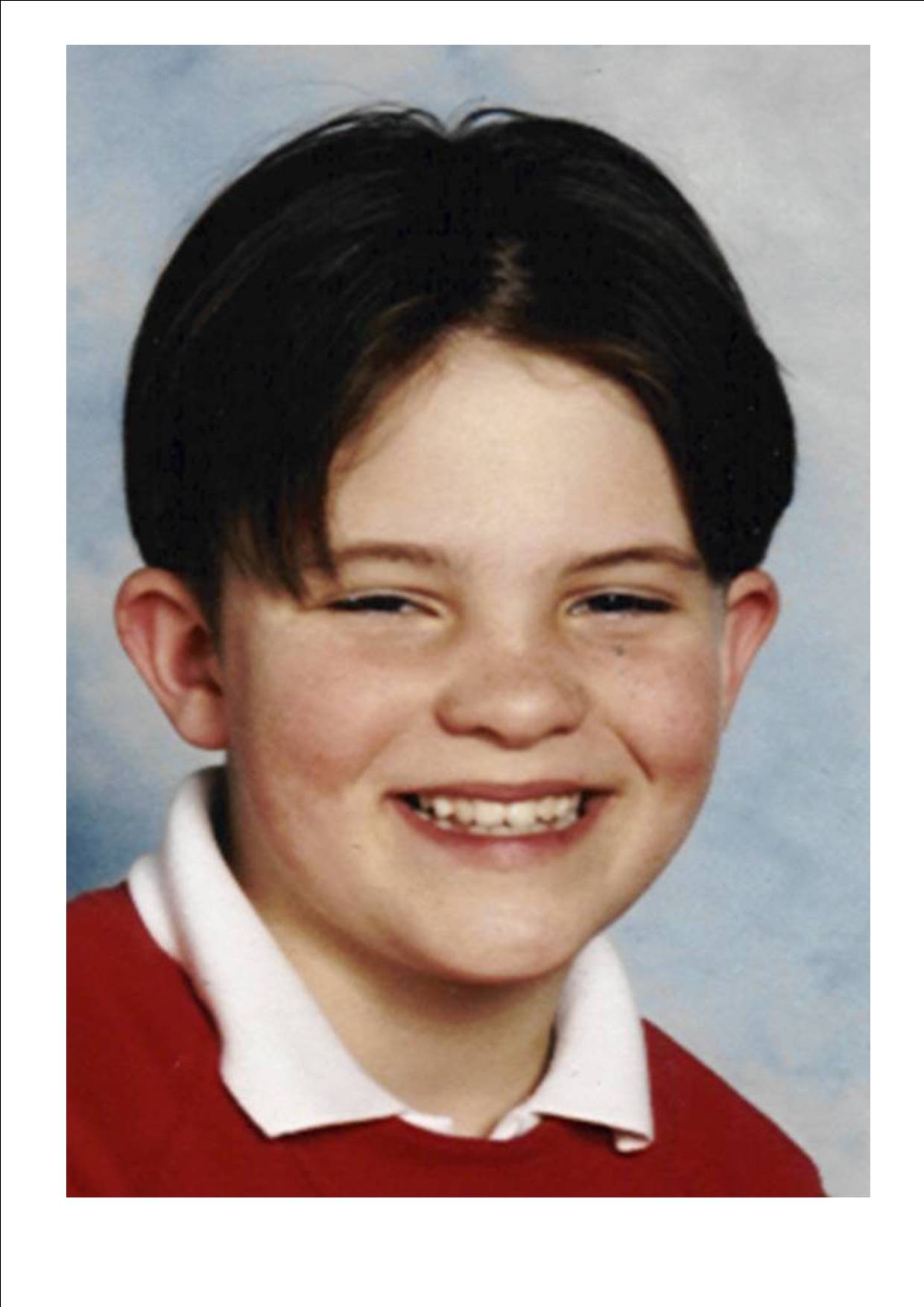